You are here: Home / Religion, Theology & Ministry / The promises to Israel, fulfilled

“Not one word of all the good promises that the Lord had made to the house of Israel had failed; all came to pass.” Joshua 21:45 ESV 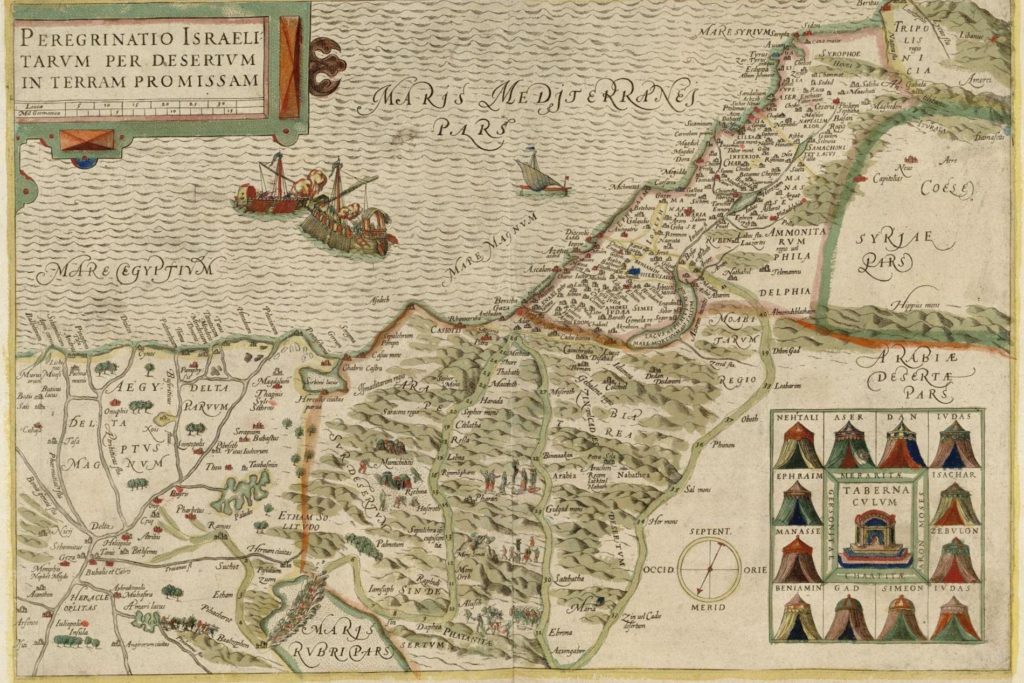 1641 map of the wanderings in the wilderness/Educ. Center, National Library of Israel

They did it! All the promises God had made to Israel about the possession of the land had come to be at last! Fulfilled! Done! This is a significant theological point as we consider eschatological implications. (End-times stuff.) The promises regarding the land happened and were complete! Now they are entering the era where it is about keeping the land or not. (Spoiler alert: they don’t keep it.) Next up is an age of promise to David that a king, one of his offspring, will sit on the throne forever. Now that’s a strange type of king.